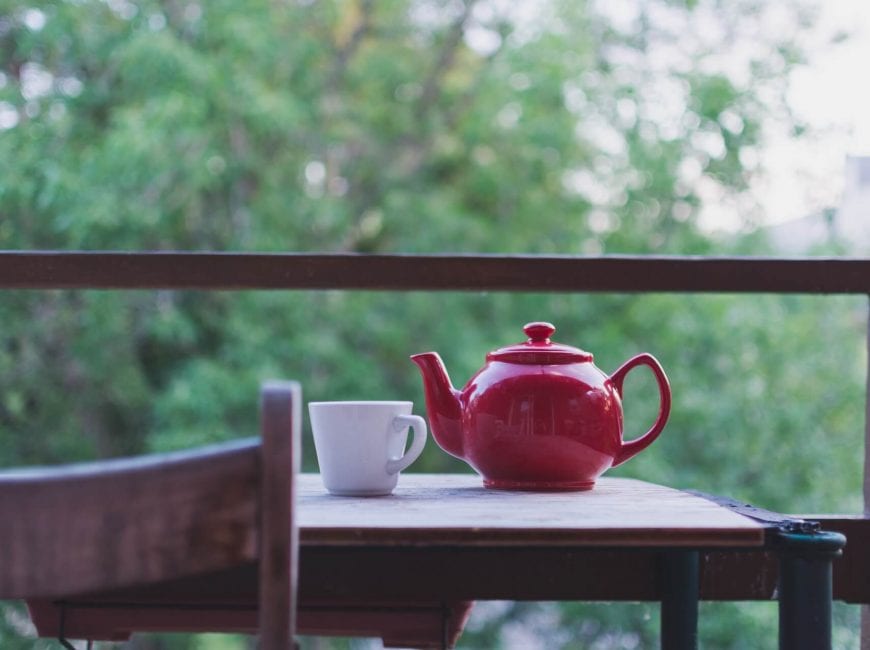 While we love Matcha tea and it is undoubtedly our favourite, it is only one of many different types of green tea grown in Japan. The type of green tea produced is dependant on a number of factors; including the way in which the tea is grown, the manner it is harvested, and the method used to treat it. While all green tea variations possess similar qualities, the flavour and nutritional profile of each differs from one to the next. What’s more, some variations of Japanese green tea – such as Genmaicha – provide unique benefits that they alone can offer.

There are hundreds of different green teas available, but many are simply variations of variations. A good example of this is ‘Fukamushi Sencha’, which is simply Sencha green tea steamed for a long time. The following types of green tea do not encompass all that are grown and prepared in Japan, but they are certainly the most popular and form the basis upon which many others are developed.

Matcha Green Tea – Let’s start with what we know best. Matcha Tea is made from stone ground Tencha tea leaves that have been ground into a fine powder. Unlike most teas, when you drink matcha properly you consume the whole leaf, rather than just the liquid that leaves have been left to steeped in. By consuming the entire leaf, drinkers of matcha tea enjoy the drink’s potent nutritional benefits as well as an incredibly robust natural flavour. What’s more, the versatility of Matcha Green Tea powder allows it to be used in a wider range of alternative foods and drinks; including Matcha Tea ice cream, Matcha Tea lattes and Matcha Tea cookies.

Tencha Green Tea – As mentioned above, tencha tea leaves are used to produce matcha tea, however, that is not the only way to use them. Grown with limited sunlight exposure, these shade-grown tea leaves are steamed, dried, and then have their stalks and veins removed. What’s left of the leaf after this process is used to brew Tencha Tea: a refreshing antioxidant powerhouse with a pale green colour, smooth flavour, and a mellow aroma. It is worth noting that only the finest Tencha tea leaves can be used to brew green tea, as low-quality leaves do not infuse well and all they can be used to make is green-tinted water.

Sencha Green Tea – If you have ever walked up to a coffee shop counter and asked for ‘green tea’, chances are you’re drinking Sencha. By far the most popular green tea in terms of availability, sencha green tea is a relatively crude variation made by steaming whole tea leaves before they are rolled and dried. The colour of sencha tea depends on the time of year it is produced but generally, you’ll find it is a vibrant green with a golden hue. The flavour, on the other hand, is influenced by the temperature of the water it is steeped in; with warmer water producing a sharper taste and cooler water, a more mellow one.

Gyokuro Green Tea – Covered with a screen around 20 days before being harvested, the limited sunlight exposure gives Gyokuro tea a flavour that is less sharp than many other green teas. This is not to say that its flavour is weak, however. Gyokuro has a taste that is incredibly rich and surprisingly sweet, whilst its aroma is very similar to that of nori – an edible seaweed commonly eaten in Japan as a wrap. Recognised as being one of the highest quality Japanese green teas, Gyokuro is best prepared in water between 60°C and 40°C and should be left to steep for longer than other types of green tea.

Guricha Green Tea – Renowned for its scarcity, Guricha makes up less than 5% of Japanese green tea production. Also known as ‘Tamaryokucha’ tea, Guricha has a complex flavour with an initially tangy hit followed by an aftertaste that is reminiscent of almonds. The potency of the drink’s taste and the way in which it smells are be affected by how the tea is processed, as both the standard Japanese steaming technique and the traditional Chinese pan-frying method are commonly used. Steamed Guricha has a remarkably deep aroma complete with the natural aromas of berries, citrus and grass, whereas pan-fried Guricha’s small is more akin to cooked vegetables.

Genmaicha Green Tea – Literally translating to ‘Brown Rice Tea’, Genmaicha is made using a 1:1 mixture of Sencha green tea leaves and – you guessed it – brown rice. This combination dramatically reduces the level of caffeine found in the tea and allows the sencha to benefit from the rice’s natural sweetness, collectively providing a particularly full-flavour. Often sold with a little matcha tea powder mixed in, it is not uncommon for the rice to ‘pop’ during the brewing process. This has led to Genmaicha green tea being nicknamed ‘Popcorn Tea’. Ideal for children and the elderly, Genmaicha has long been considered a remedy for an upset stomach.

Hojicha Green Tea – A truly unique Japanese green tea, the processed used to make Hojicha involves roasting tea leaves in a porcelain pot over a charcoal fire; rather than steaming them. Sencha tea is most often used to create Hojicha since it is the most common, however, any tea leaf can be used. Like Genmaicha, Hojicha has a low caffeine content since roasting the leaves at around 200°C causes the caffeine to sublimate, thereby making it less sharp and bitter than other green teas. Even though Hojicha has been around for less than 100 years, it has enjoyed immense popularity in Japan with its natural aroma, light toasty flavour and reddish hue.

Though a large amount of green tea comes from Japan, it is not the only country that grows it. In fact, one of the most popular varieties, Gunpowder green tea, is produced in China. As it happens, whilst Green Tea is more often associated with Japan, it actually has deeper roots in Chinese culture. Even some of the tools traditionally used for the Japanese Tea Ceremony originated in China; including the Chawan Matcha Tea Bowl from which the tea is prepared and drank from. For more on Chinese Green Teas, be sure to keep an eye on the Kineta Blog page.

About the author: Alem